Snowy backpacking in the Cairngorms
Posted by Imogen Fisher on January 14, 2015

In the few nice days just before New Year, Lorna and I headed up to the Cairngorms to make the most of what has proved to be the only good weather window of opportunity there has been so far of the New Year!

The forecast was dry, still, sunny and cold, perfect for a spot of wild camping! We got dropped off in Glen Feshie in the evening and started on the hunt for a non lumpy, non heathery patch to pitch the tent! The temperature was minus 14 degrees in the valley, however we found ourselves to be too hot in the middle of the night having gone to sleep in all our layers, 3 season sleeping bag and down jacket placed over the top, and ended up fighting the layers off!

The next day we awoke to a beautifully presented winter's morning, everything covered in frost and snow, glittering in the morning light. Having packed up we set out towards our objective for the day, Sgor Gaoith. We made this choice based on the SAIS (Scottish Avalanche Information Service), as it has Westerly and Southerly aspects from the Glen Feshie side which for that day had no Avalanche Risk, unlike the the Northerly and Easterly aspects which were classed 'considerable' risk. Our aim was to practice teaching winter skills along the way, in preparation for our Winter Mountain Leader assessment. The whole time we were carefully evaluating the conditions on the slopes as even with an up-to date Avalanche forecast it is still very important to analyse the conditions locally, which can vary to the forecast and do vary through the day with changing wind direction and temperature change. The southerly aspects were rather scoured and only had a small depth of snow on them, which was very powdery given that there had only been cold temperatures since it falling, and no freeze-thaw action to consolidate it. The Northern slopes had large dumps of powdery snow explaining the considerable Avalanche risk forecast there. Having played about on the slopes for a while, we finally continued onto the summit, just before sunset giving spectacular lighting and views, however we didn't hang around too long as the wind speed had increased (and doesn't seem to have dropped since!) making it quite chilly! Well timed for some Night navigation back to base. 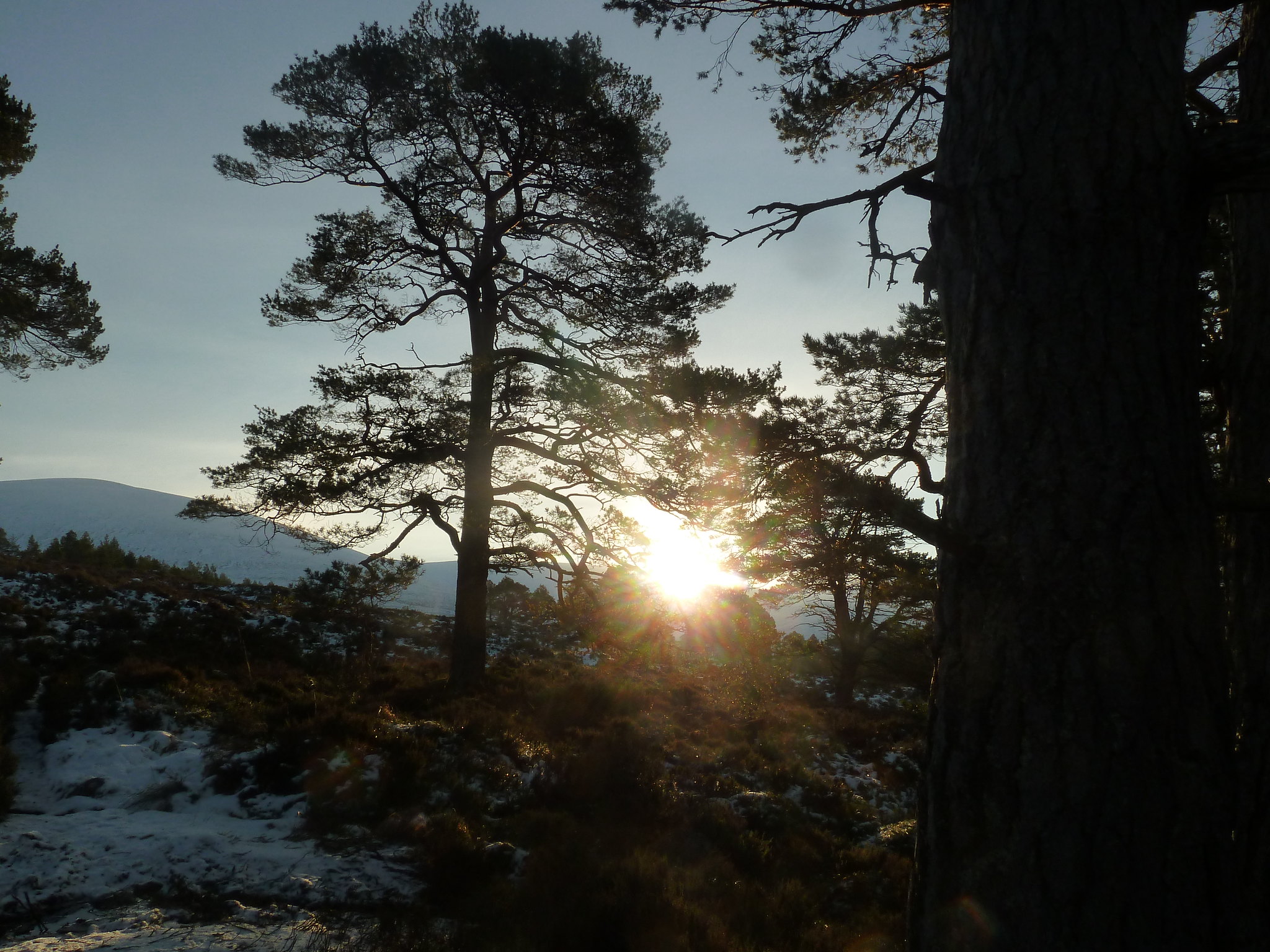 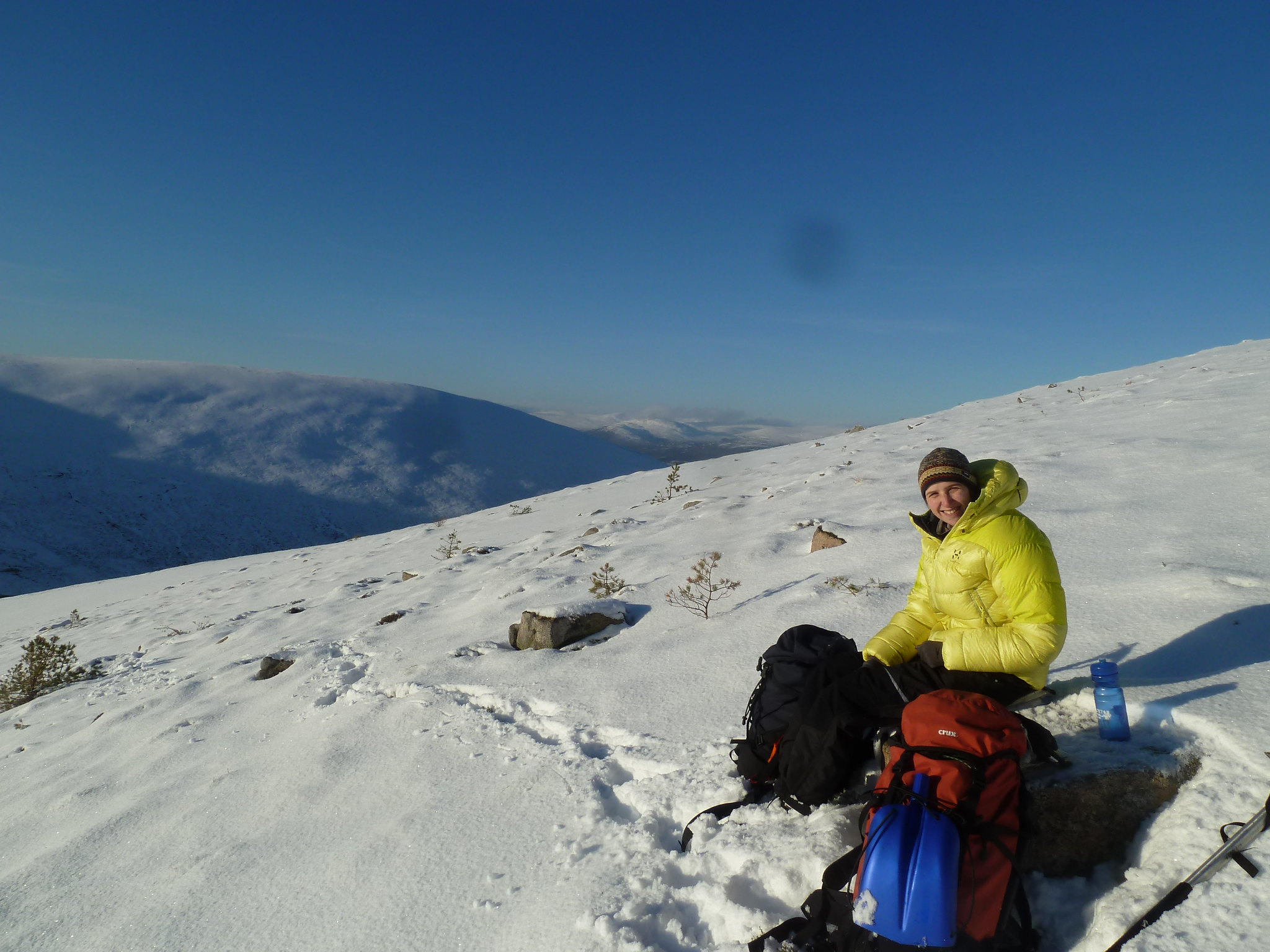 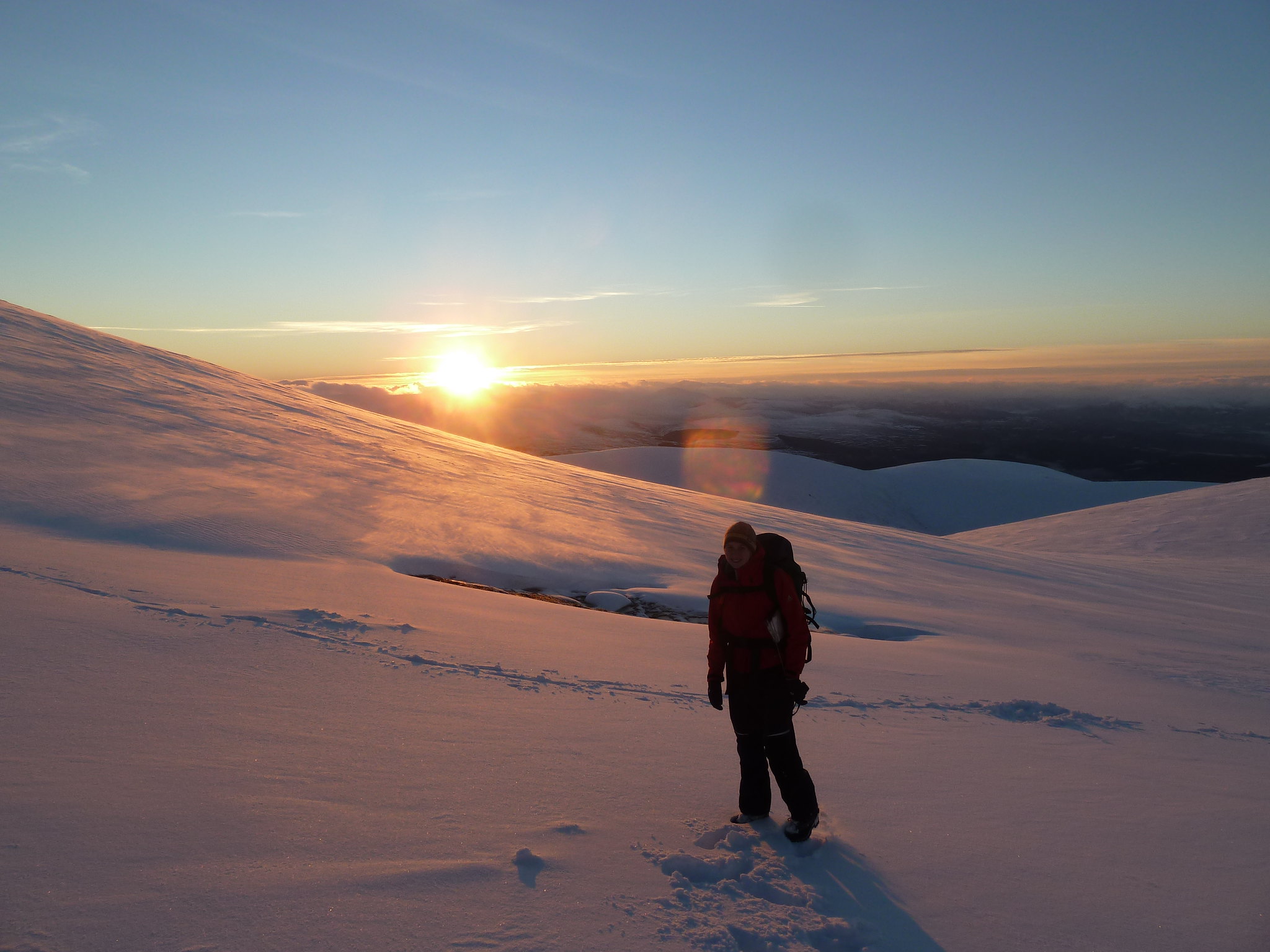 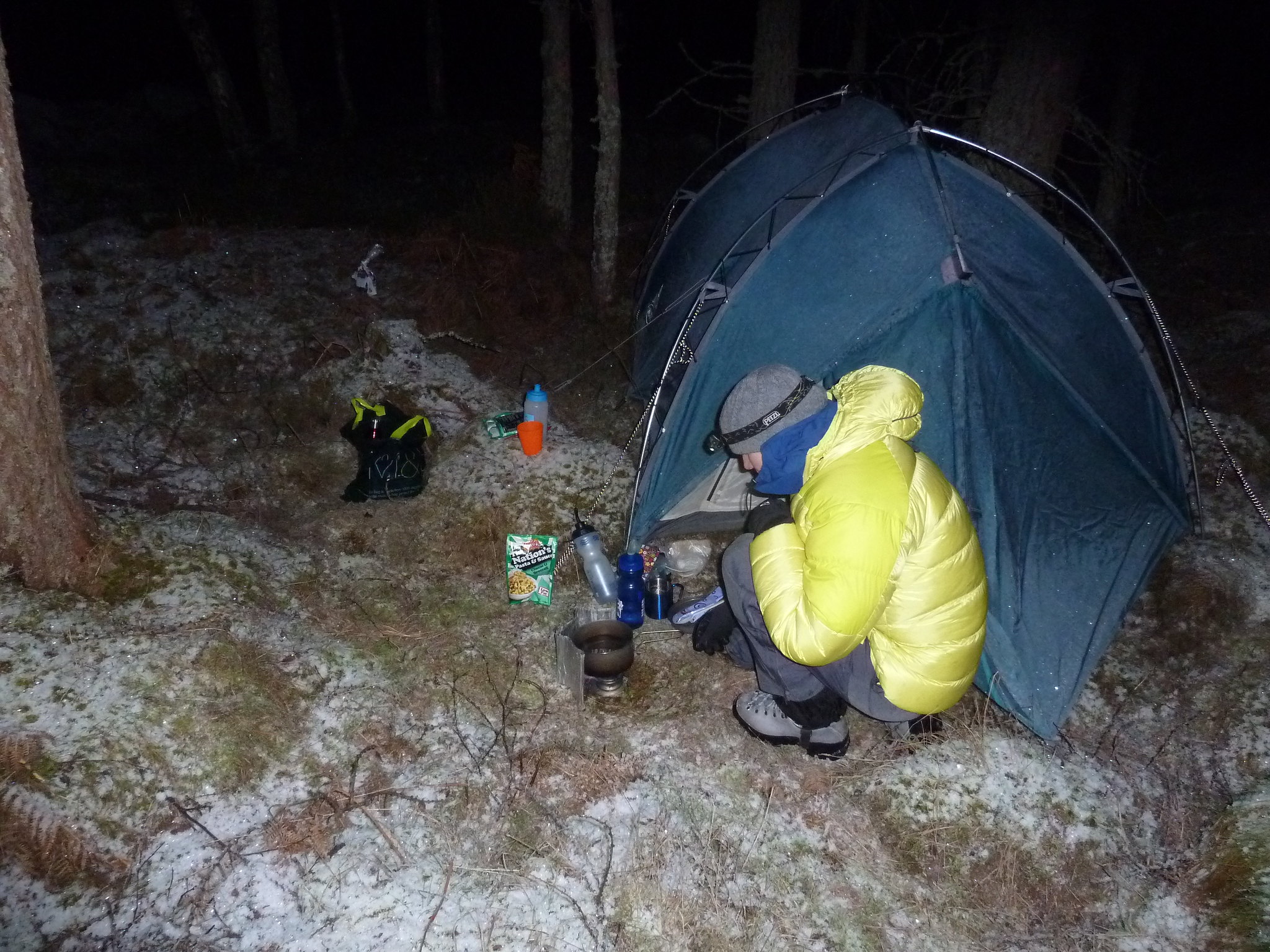 The next day seems to have been the start of what has dominated the past couple of weeks of the New Year so far, very showery and extremely windy, which is possibly an understatement given the storm force winds Scotland has been getting recently. So we headed out and finished with a nice amble around the picturesque Loch an Eliean.

Hopefully we'll get some more days in the very near future again, like the couple of good ones we had on this trip! 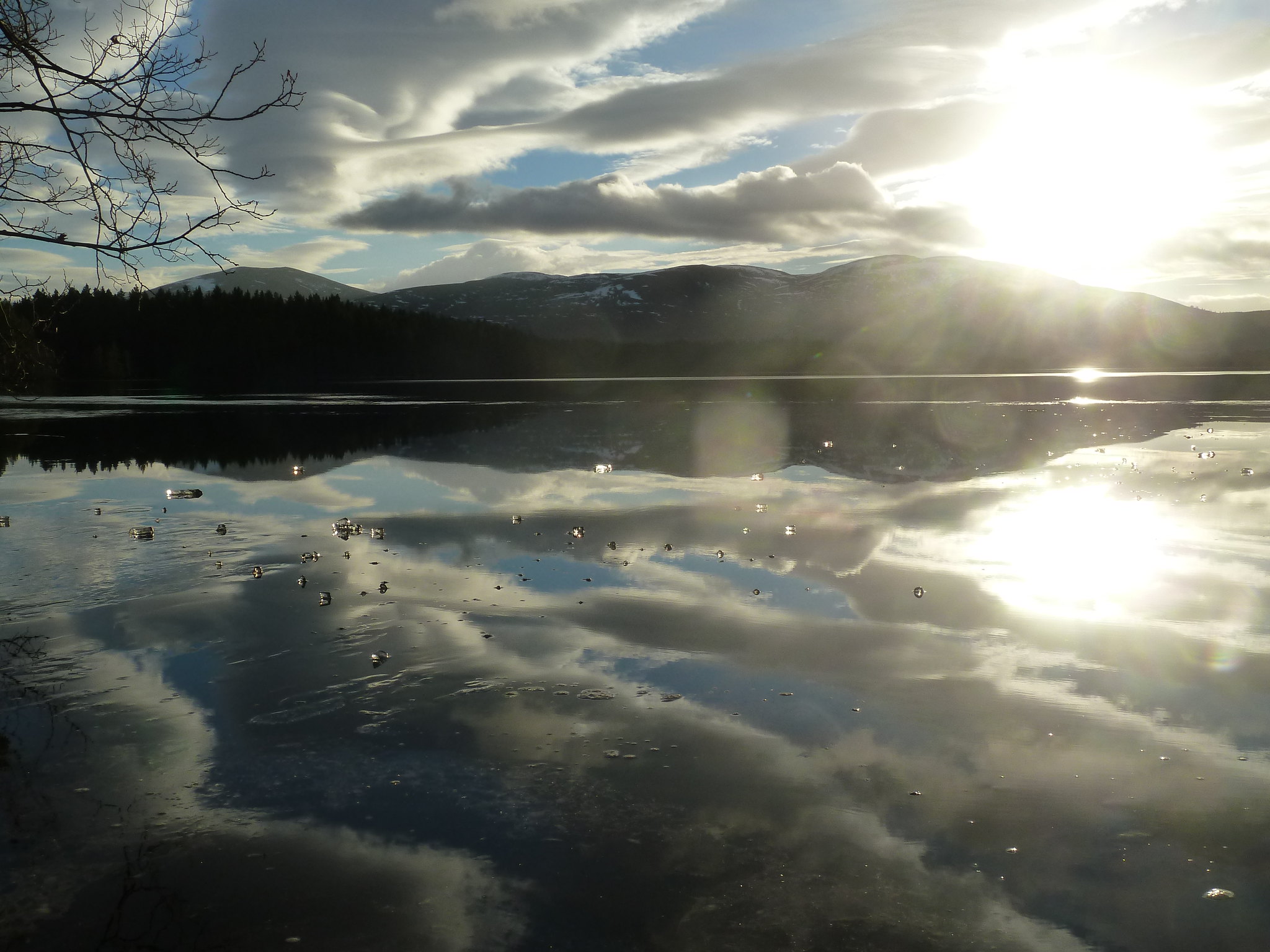 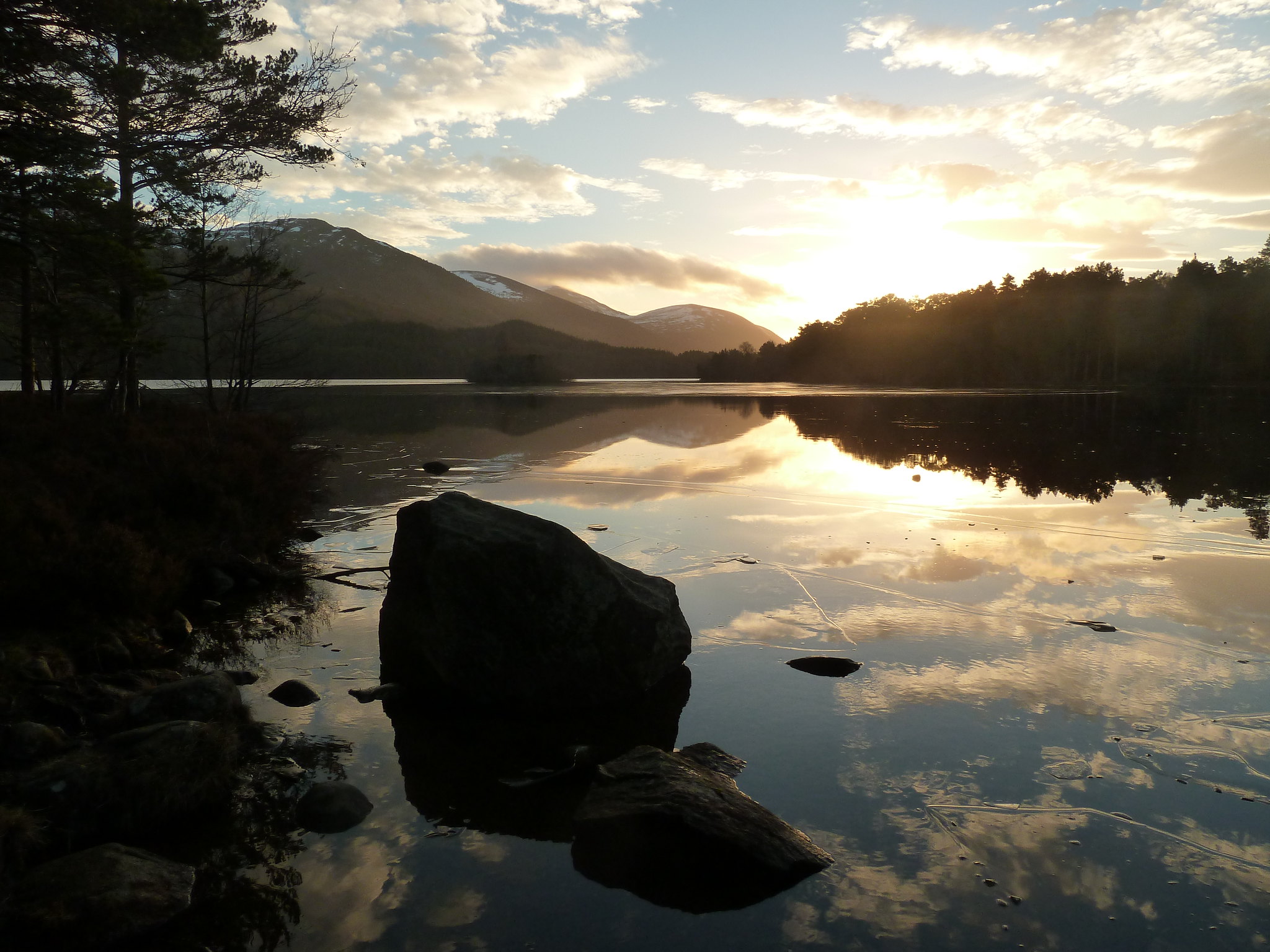