We now have a fully qualified International Mountain Leader in our midst! The IML award requires a vast amount of experience and work towards both the summer and winter element, producing leaders qualified to take clients trekking and snowshoeing overseas in the ‘middle mountains’. Darren has recently completed the qualification and below is an account of his journey through the award. 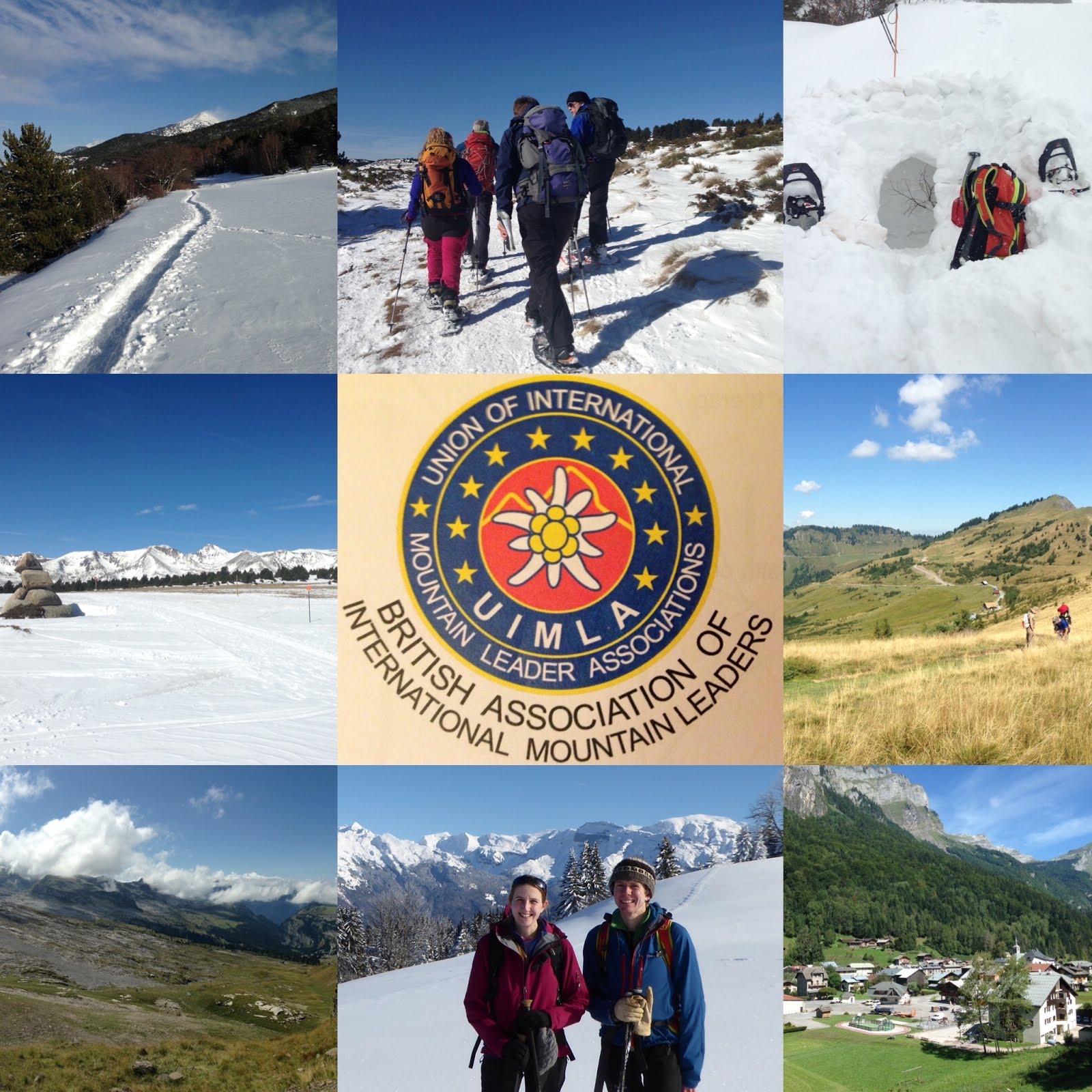 I'm writing this on board the TGV Perpignan-Paris, returning from the Pyrénées-Orientales, venue for my IML winter assessment. We're now north of the the Rhône valley (the scenic bit) so there's some time between now and Paris to do some writing. Ironically, the TGV is zooming through a blizzard as we head North and my altimeter says just 336 m, although it hasn't been recalibrated since Friday. Quite a contrast to when Imogen and I arrived in Avignon two Saturday's ago to blue skies and almost 20 C! The winter assessment has concluded a two year journey through the IML scheme, and I'll take this opportunity to take a look back at the whole process.

Since starting out on the Mountain Training schemes, I had my sights on the IML award as an objective, as I was attracted by its strong emphasis on mountain journeying on foot and environmental dissemination to groups and clients. This area of mountaineering is what I had come to enjoy most throughout the past twenty years of exploring mountain environments at home and abroad. I started the training and assessment process in April 2014, with the summer training at Plas-Y-Brenin. The first step involves lots of intro and overview of the award content and is probably about 50/50 practical to theory. There is a 'hill day' and the usual steep ground stuff common to all the ML schemes. You also start the process straight off with a bit of assessment; the speed navigation test, although this is certainly not about speed as the name suggested and more about just getting round the course in a reasonable time. Many decide to go for it however and on my speed nav, we had candidates flying up and down the grassy north slopes of Moel Siabod. I took a more gentle approach and still made it back with about 15 minutes to spare. The great thing about the IML being a 4-stage process, with a limited number of course dates available at each stage is that you tend to meet some of your fellow candidates again further down the line. It's always nice to be on assessment with people you've met before and it gives a good opportunity for shared learning when it comes to preparing for assessment.

The summer after my training, I managed to get out in the Alps twice. Firstly to the Gran Paradiso national park, doing some easy Alpinism and secondly to the Écrins, where I volunteered myself to lead a group of friends around the GR54 (Tour d'Oisans). The latter was perfect summer assessment prep and gave me some excellent log book days.

Winter training followed next in January 2015. Currently, theses courses tend to be based in Le Grand Bornand (Haute-Savoie, France). It's a nice venue, at the Auberge Nordique, tucked in a deep valley below the Chaine des Aravis. The lodge caters for Nordic skiers as well as snowshoers and there a usually a number of groups in at once. The training was good fun and we got out to a variety of venues to look at the various aspects of the winter syllabus; snowshoe journeying, environmental knowledge, use of transceivers, shovel, probe, snow pack analysis and avalanche risk assessment, the use of ski areas and uplift and security on steeper ground. The snow conditions were fairly limited for most of the week at valley level, but a passing front mid-week deposited around 30 cm of fresh above around 1200 m, meaning we were able to find better conditions for the activities requiring deeper accumulations. The winter training was my first introduction to snowshoeing and the Alpine winter environment (as I had never skied), and I thoroughly enjoyed it. Snowshoeing enables you to get away from the noise and crowds of the pistes and discover the forests and alpages in their natural winter state, peaceful and cross-crossed with animal tracks.

Next up was the summer assessment, late August 2015. The good thing about the courses being limited in number is that it forces you to book early (as soon as dates are released), therefore giving plenty of time for preparation. I began my theoretical prep around late-May. There are lots of paperwork (although mostly computer these days) based things to tick-off in the lead up to assessment; the home paper, a leaders resource pack for the area, route ideas and on the hill talks or group activities to prepare. I found it invaluable, and also very interesting to put lots of time into this preparation. My assessment was based around Samoëns in the Giffre valley. It's a lovely part of the limestone pre-Alps, thrust upwards just to the North of the Mont-Blanc massif and Aiguilles Rouges. Thus there are great views from the various randonnées and tours in the area. I headed out a week ahead of the assessment, in order to get familiar with the area and visualise all the stuff that up until that point had all been rather theoretical. I based myself on the Camping du Giffre on the edge of Samoëns. I met up with another candidate, Ian from my winter training, who I have subsequently gone on to complete the award with this March. The prep week was incredibly useful, especially as there were two of us, and we were able to practice techniques, bounce ideas and have a go together at identifying flowers and trees. The assessment itself went well, although very quickly at just 3 and a half days with two nights up in refuges. Unfortunately we had some low cloud and drizzle on two days which was not what we had booked!

This left just one hurdle; the winter assessment. As my only experience on 'raquettes' was from the winter training week at Le Grand Bornand, I decided I needed to get out to the Alps in January 2016, to gain more familiarisation with the alpine winter environment and get in some logbook days. Luckily, I had already completed the winter ML in April 2015 and also had some overseas winter experience from New Zealand, but I was particularly keen to get more experience in the rather more unique world of snowshoeing and the rolling Nordic terrain in which it is generally practiced. For this, Imogen and I arranged a family trip back to the Haut-Giffre, this time to the little village of Sixt-Fer-à-Cheval. As it was booked for early season, we were nervous about snow conditions but luckily a big dump came in a couple of days before we arrived so conditions were perfect. On day 1 we were able to snowshoe down the valley in 40 cm of fresh powder. Later in the week, we had some wonderful outings at Morillon 1100 - Plateau d'Agy and the Joux Plane Col. We also managed to fit in a bit of first timer Nordic skiing.

And so this all leads into late February this year, when Imogen and I boarded the direct Eurostar London - Avignon, starting out on a two week venture to the Pyrénées that would include the final stage of my IML assessment. I had once again spent many evenings and weekends on the computer, sorting out all the theory/paperwork stuff. This time around, a vast amount of time had been devoted to the daily Méteo France Avalanche forecasts for the Pyrénées-Orientales, which helped tremendously in terms of building up a picture of the snowpack through the winter. After spending one night in Avignon, we continued our journey South, this time on the Spanish AVE heading for Madrid. This deposited us in Perpignan, where we headed west and uphill into the Pyrénées. At the town of Villefranche de Conflent, just where the valley of the Têt narrows and steepens, there is a change of train and gauge onto the historic 'Train Jaune'. This winds its way up over 1000 m of ascent from the Conflent to the Cerdagne plateau. For the prep week, we were staying in the village of Egat, near Font-Romeu. We had settled for a campsite as all the other accommodation in the town was fairly expensive. Luckily, the campsite had a heated toilet block, although when we arrived, air temperatures were up at about 14 C! My fellow candidate and colleague on the IML journey, Ian was also in the area early and we made the most of the prep week to cover all the various syllabus topics and also get our eye into the local environment. The Pyrénées-Orientales is a very different mountain environment to the Alps, being a high open plateau with granitic tors forming mostly rolling mountains with a high tree line. However there are a number of more spikey ridge lines and cirques that form the backdrop such as the Pic Carlit, Pic Peric and Cambre d'Aze. At the very end of the prep week, a top up in the snow arrived. Overnight Friday to Saturday and Saturday to Sunday, around 50 cm of fresh snow fell at 1500 m. This provided the ideal starting point for the assessment. I moved indoors to the base for the course, El Mouli del Riu at St Pierre dels Forcats on Sunday. The base was very comfortable and the food was great. The IML group had sole occupancy which meant the whole course was much more convivial. Three assessors from Plas-Y-Brenin oversaw us in groups of four candidates. The assessment itself progressed very much as expected but with the usual assessment nerves and the extra pressure of this being the last step made for a long and full-on week. We mostly had sunshine, but the dominant airflow was a swift Northwesterly, which made for somewhat cool conditions and even one day of almost Scottish conditions; luckily we were doing emergency shelters that day so had a good hour out of the weather inside those. There was certainly plenty of transceiver work, but leadership and environmental knowledge were vitally important, as was competence in steep ground security and reading the terrain. By the end of the week, we were all pretty drained so it was a big relief when we boarded the minibuses for the last time and headed back to the lodge for results.

All in all, the IML scheme has been a wonderful journey and it's great to feel the jigsaw gradually coming together as you progress through the various stages. If you're thinking of going for it, or have an upcoming assessment, drop me an e-mail. Alternatively, if you're looking for a custom-made summer alpine trek or winter snowshoe adventure, please get in touch and I would be delighted to discuss your requirements. 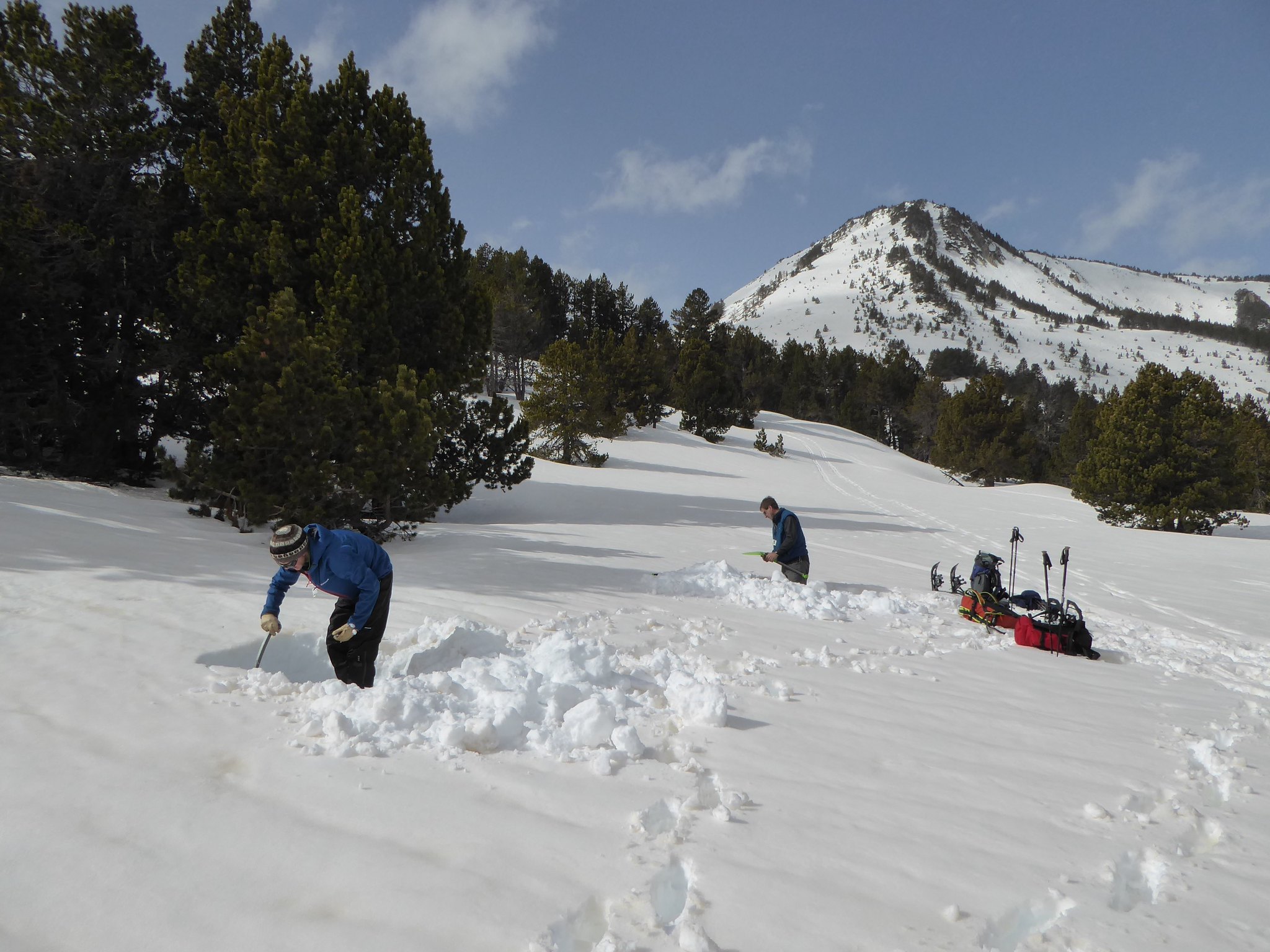 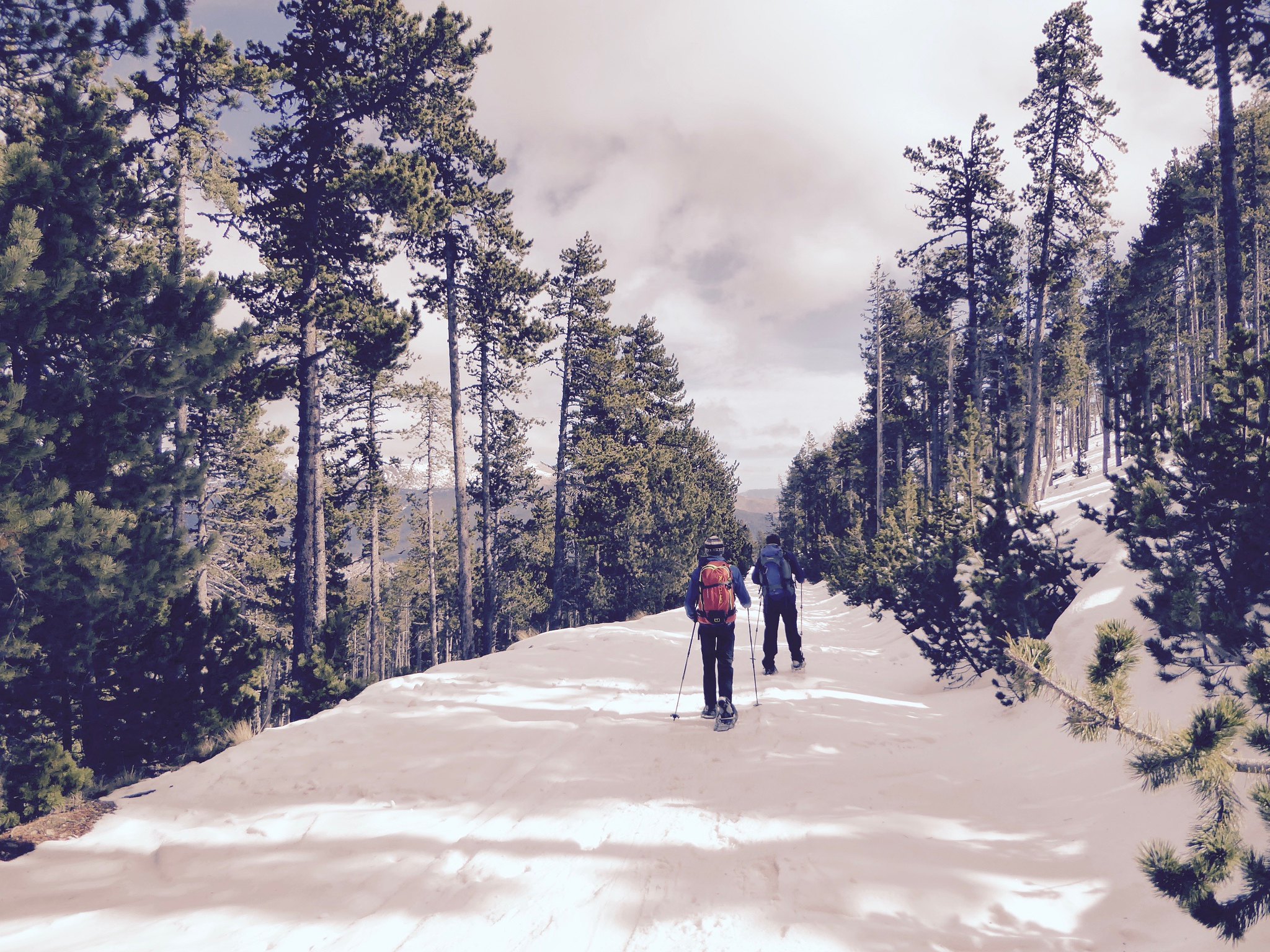 On a typical snowshoe route in Formiguères, Pyrénées-Orientales, France. 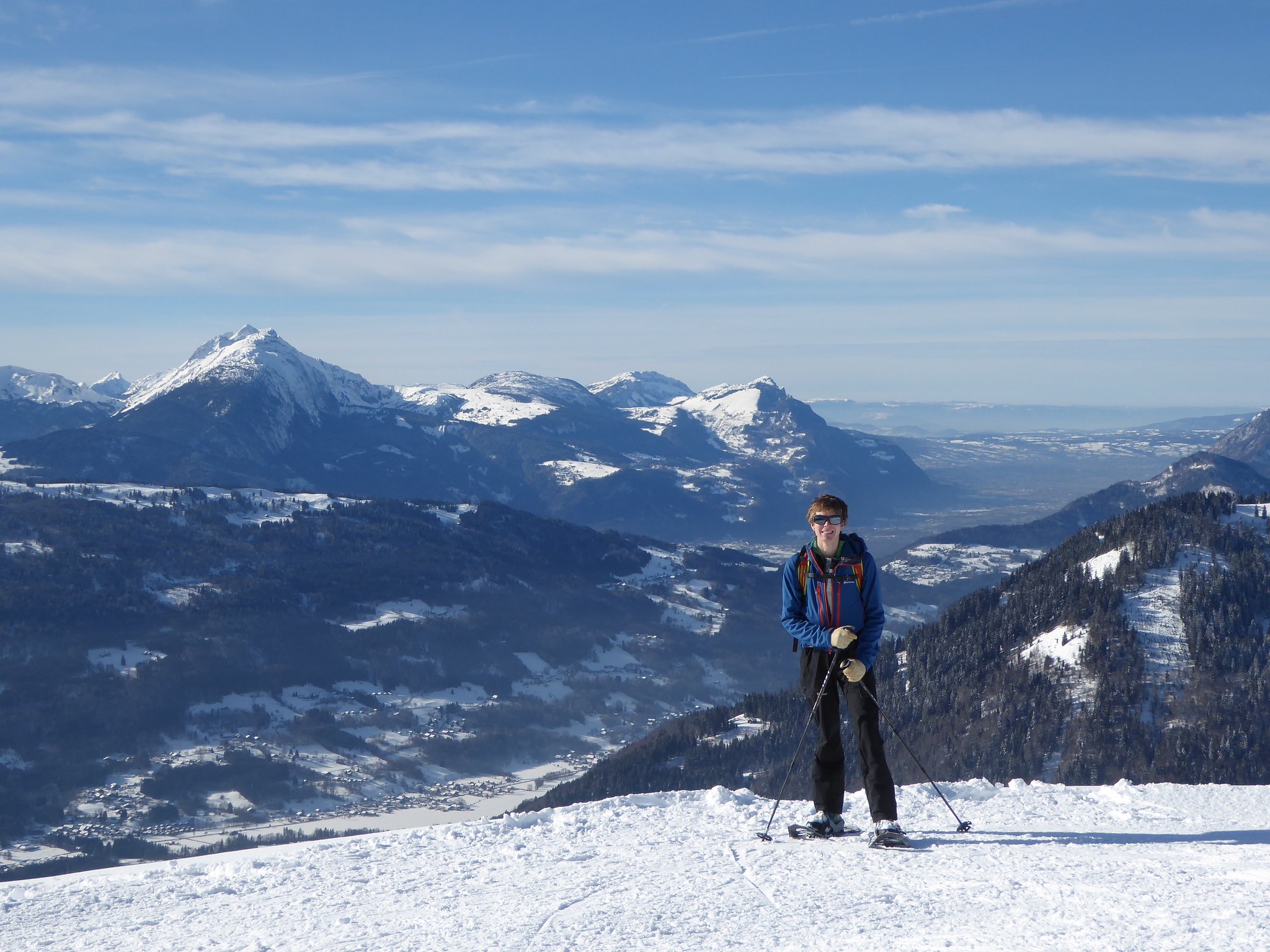 Summit of la Bourgeoise 1770 m, an accessible snowshoe peak in the Haut-Giffre valley, France with a spectacular 360 vista. 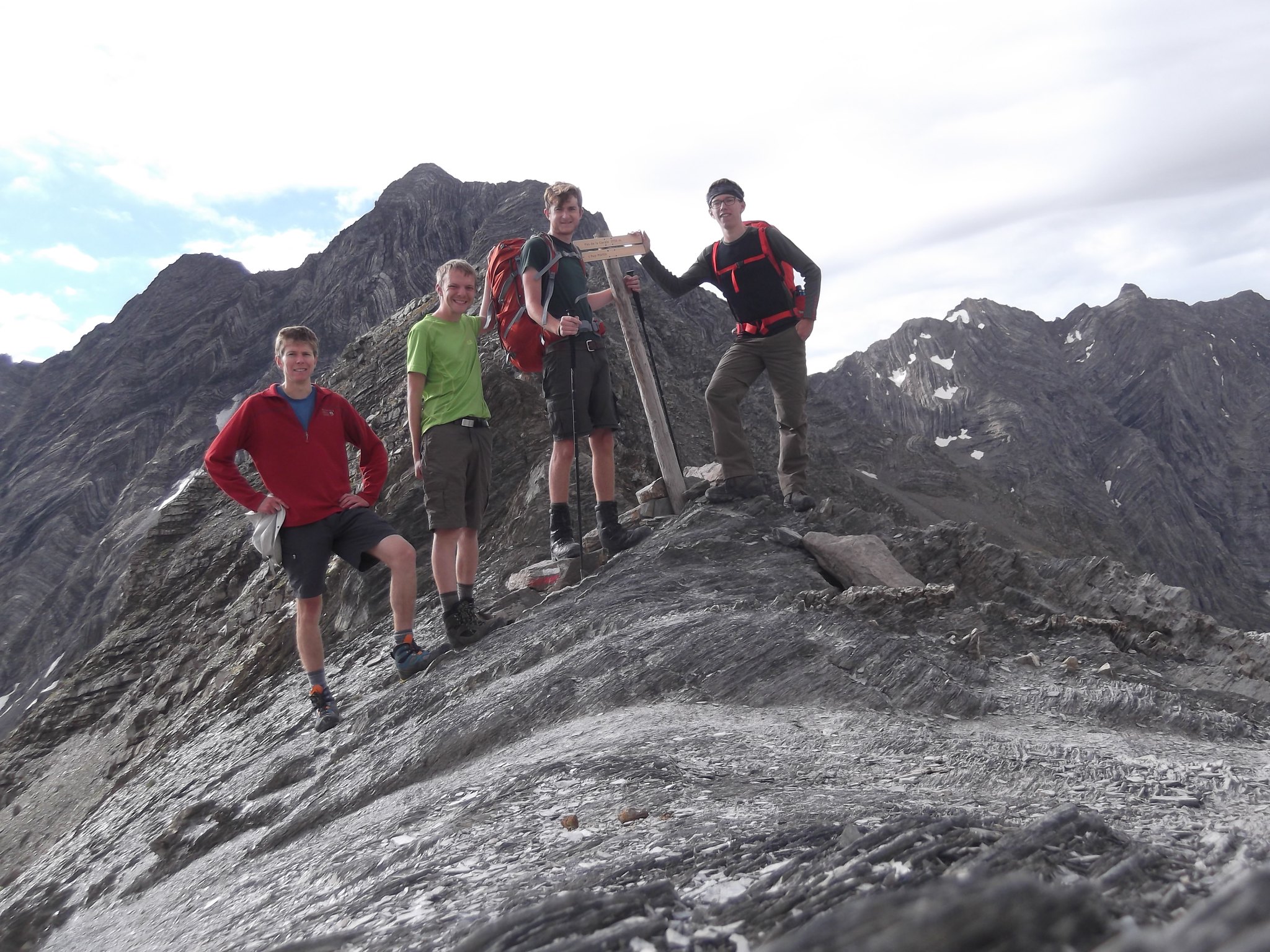 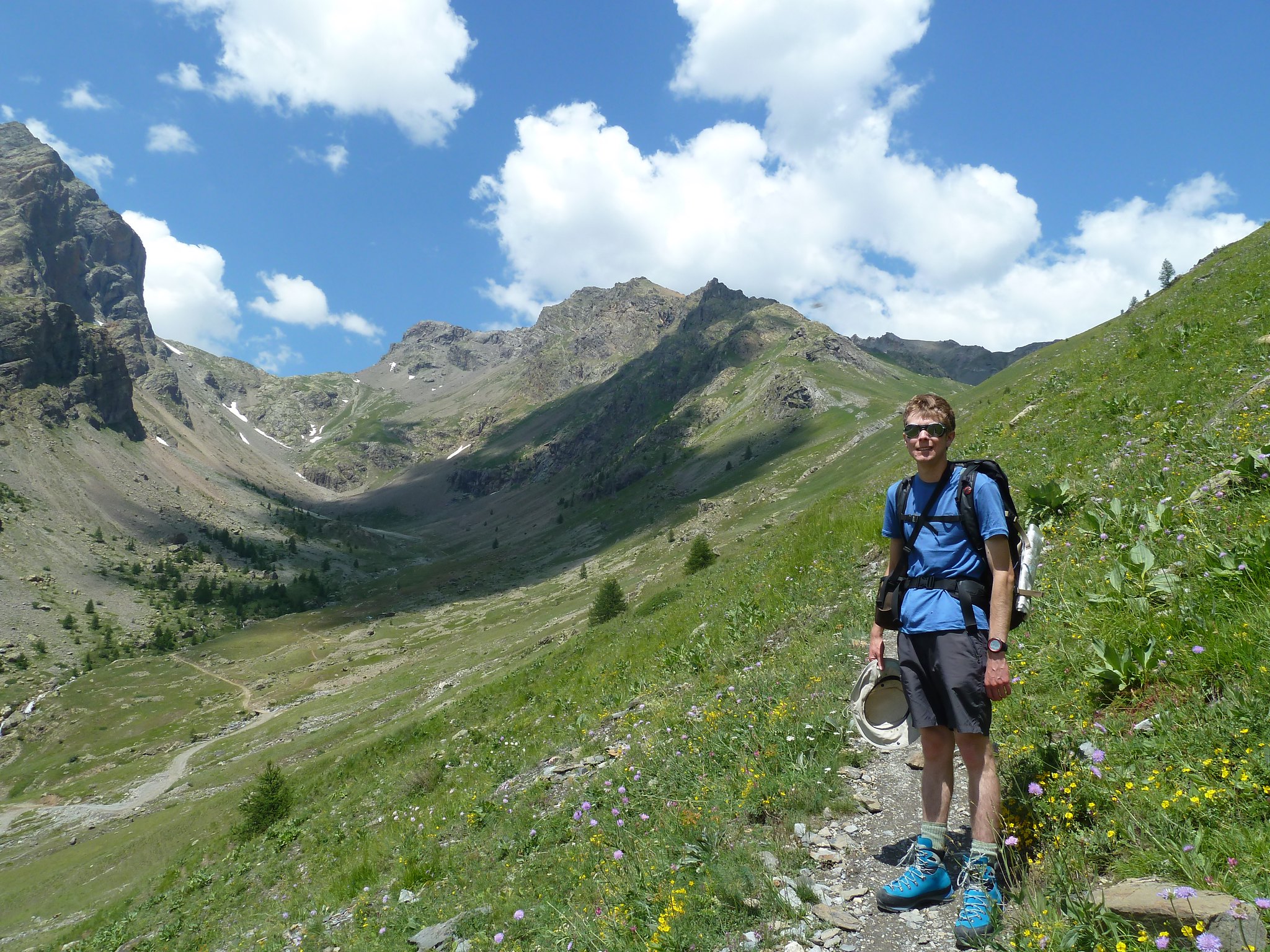 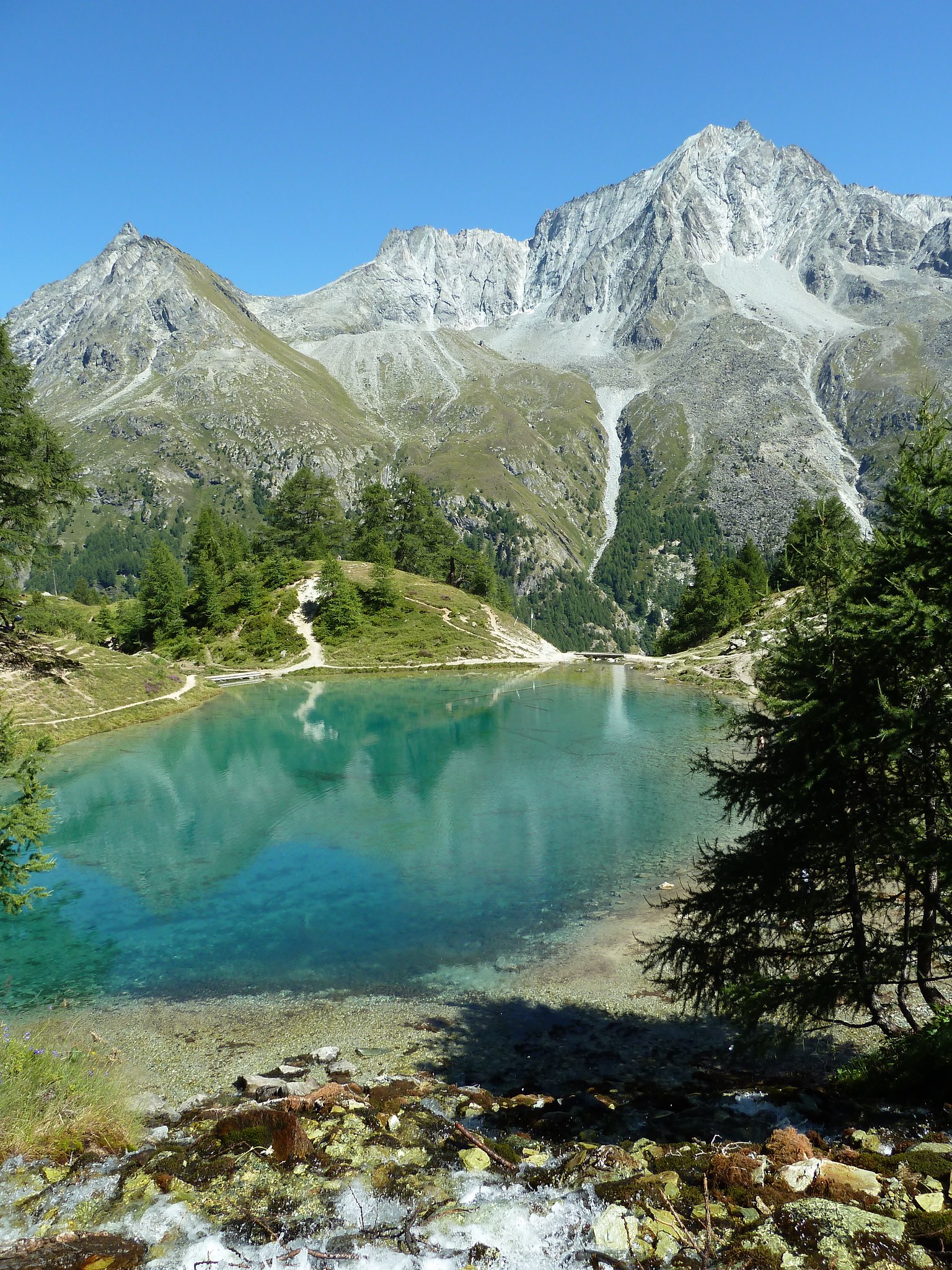 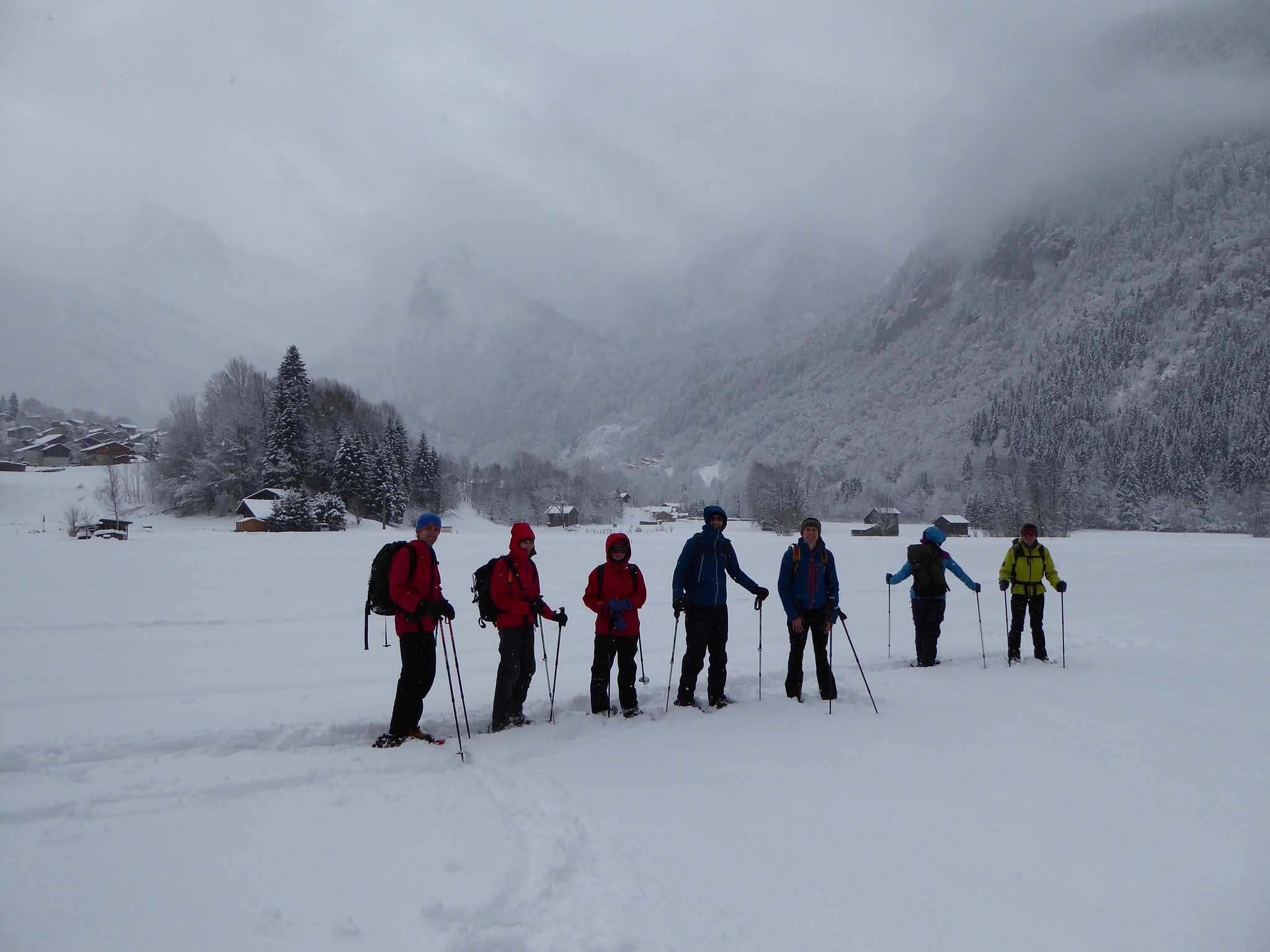 Snowshoeing in fresh powder snow in the Giffre Valley near Sixt-fer-à-Cheval, France.